Vatican lawyers will examine an attempted bank takeover and shady high-end real estate purchases in upcoming trials, one of which starts next week. Criminal accusations include embezzlement, fraud, and money laundering.

A Reuters report on July 19 describes an effort to take over Banca Carige by one of its main shareholders. Vatican prosecutors assert that that shareholder used money stolen from the Catholic Church to leverage the attempt.

Genoa-based Banca Carige has struggled for several years. In June, Italian financial authorities moved to open the bank’s books as a first step in offering the bank for sale.

Vatican prosecutors in early July also announced indictments of the same shareholder and several others for a massive real-estate deal in which the Vatican purchased a deluxe London property for $410 million. One of the indicted is a Roman Catholic cardinal.

In a statement announcing the indictments, the Vatican referenced significant financial losses suffered by the church as a result of alleged crimes. The statement also referenced Pope Francis’ efforts to address longstanding corruption allegations and concerns related to the Vatican’s finances and banking.

A New York Times article details the allegations and the intricacies of Vatican legal code that run counter to more modern rights of defendants. The individuals indicted maintain their innocence. 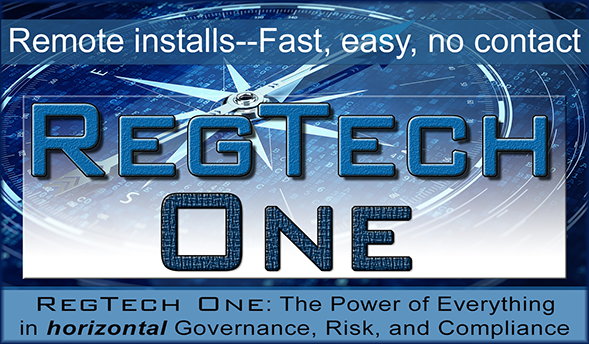 The power of Key Risk Indicators in AML Partners’ RegTech One platform for GRC will blow you away. AML Partners designs GRC and AML software solutions that transform the work of Governance, Risk, and Compliance. With AML Partners’ platform technology for RegTech, AML and GRC software solutions are easier, faster, and so much more efficient. Contact us today to learn how platform technology and our SURETY-CDD and related AML tools can transform the efficiency and effectiveness of your unique GRC and AML Compliance efforts.  Contact us today to learn more or schedule a demo of SURETY-CDD or the RegTech One platform. With extraordinary configurability and built for API extensibility, the RegTech One platform powers a range of AML/KYC tools but also CECL workflows, vendor management, cyber risk workflows, FCPA workflows, and so much more. RegTech One: For your institution’s Network of Applications and Ecosystem of Permissioned Data.